No time to lose, says Ruto. from Kenya 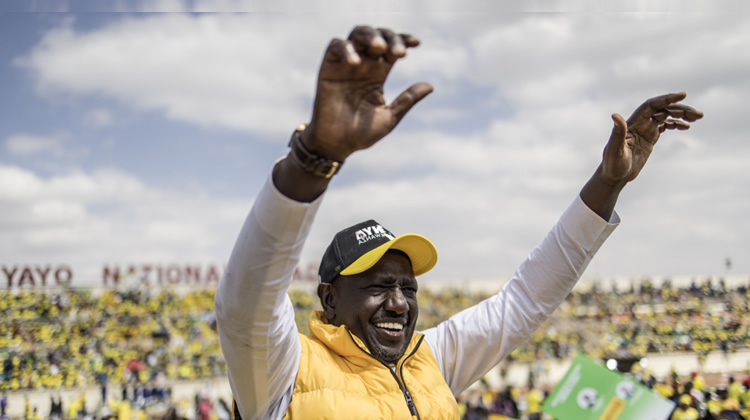 Kenya’s president-elect William Ruto vowed on Wednesday that his new government would be transparent, saying there was no time to lose in meeting the “huge expectations” of Kenyans.

Ruto, who has served as vice president for the past nine years, was voted the winner of the August 9 poll on Monday in a race against veteran politician Raila Odinga who went to extremes.

“We will soon take steps to lead a transparent, democratic but accountable government,” Ruto said after meeting elected leaders of his Kenya Kwanza (Kenya First) alliance.

“People’s expectations in Kenya are huge and so we don’t have the luxury of wasting time,” Ruto said.

Kenya is one of the richest economies in Africa, but is struggling with the effects of the Covid pandemic and the war in Ukraine, with rising inflation and high youth unemployment.

“We are going to govern in a way that no sector of Kenya is left behind,” Ruto added, saying no one would be excluded regardless of political or ethnic affiliations.

Measures to give his new government more accountability include allowing ministers to be questioned in parliament and preventing officials from working for political parties.

Ruto appears to be making progress with his government, even though his defeated rival could contest the election results.

Odinga on Tuesday labeled the result of the largely peaceful poll that Ruto won by a margin of less than two percentage points as a “travesty”.

The veteran opposition leader, who ran with the support of his longtime enemy President Uhuru Kenyatta, said the figures announced by the election commission were “null and void” and promised to pursue “all constitutional and legal options”.

A petition must be filed with the Supreme Court by Monday, which then has 14 days to make a ruling. If it orders an annulment, a new vote must be held within 60 days.

If no petition goes to court, Ruto will take the oath of office in about two weeks, becoming Kenya’s fifth president since independence from Britain in 1963.

The results so far show that the National Assembly is divided almost in the middle between the two coalitions.

However, votes are still to be held in four constituencies due to polling issues, and the loyalty of a dozen MPs who stood as independents will be crucial.

In August 2017, the Supreme Court canceled the election after Odinga rejected Kenyatta’s victory. Dozens of people were killed in protests after the poll.