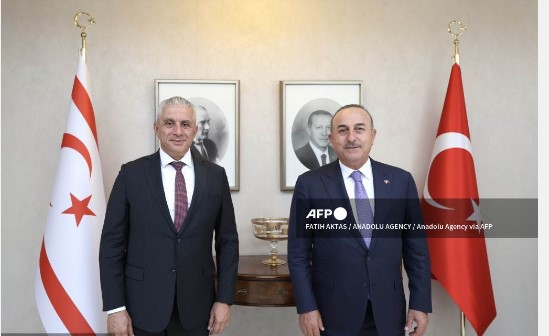 Israel and Turkey on Wednesday announced the resumption of full diplomatic relations after years of tense relations between the Mediterranean countries.

Israeli Prime Minister Yair Lapid praised the diplomatic breakthrough as an “important asset to regional stability and very important economic news for the citizens of Israel.”

Lapid’s office said the diplomatic development would see ambassadors and consuls-general relocated to the two countries.

The announcement follows months of bilateral efforts to restore ties, with two-way visits by top officials.

In May, Cavusoglu became the first Turkish foreign minister to visit Israel in 15 years, on a trip that also saw the Palestinian leadership in the occupied West Bank.

During a historic visit by Israeli President Isaac Herzog to Ankara two months earlier, Turkish President Recep Tayyip Erdogan said their meeting was “a turning point in our relations”.

Bilateral relations began to fray in 2008 after an Israeli military operation in Gaza.

Relations then froze in 2010 after the deaths of 10 civilians following an Israeli attack on the Turkish Mavi Marmara ship, part of a flotilla that attempted to break a blockade by transporting aid to Gaza.

A brief reconciliation lasted from 2016 to 2018, when Turkey withdrew its ambassador and expelled Israel for killing Palestinians. More than 200 Gazans were shot dead by Israeli forces during border protests from 2018 to 2019.

All rights reserved. This material and other digital content on this website may not be reproduced, published, broadcast, rewritten or redistributed in whole or in part without the prior express written permission of PUNCH.